Lenstore’s idea was born in 2008 in the United Kingdom, thanks to the brilliant mind of Mitesh Patel. His desire was to find a solution that would allow people to buy high quality lenses at a reasonable price. The project to create an online site and a multilingual SEO strategy allowed him to soon become a strong competitor for the expensive optical shops that people were used to see. We were happy to collaborate with Lenstore by preparing for them a multilingual SEO strategy that helped them to become more successful on the international market. The aim of Lenstore is to increase its leader on the market of optical lenses.

Although Lenstore was not the only online lens retailer in the world, it immediately became successful with its multilingual webshop. The company never stopped improving itself, and soon online guides were created to help international customers choose the right product for them. In 2013 Lenstore was purchased by the famous group “GrandVision”, which already worked in forty-four different countries around the world, and this allowed the start-up to also become part of “Vision Express”. Thanks to this new partnership and the new multilingual SEO strategy we set up for them, Lenstore was able to start offering its customers an eye care face-to-face service, and Lenstore also has an online optical clinic has an internal service within the multilingual website.

In 2018, Lenstore and Nikon created the world’s first 7.3-gigapixel Timelapse. The chosen subject was the Canary Wharf in London. Just one year later, Lenstore collaborated with the charity “Color Blindness Awareness UK” on an international project which aimed at raising awareness about colour blindness. Their goal was very ambitious: to show how colourblind people see the world. The result was excellent and three different types of colour blindness were highlighted. Their communication was powered by a successful international SEO strategy.

Always Online, but also in Touch with its Clients

Lenstore has a large section of contact lenses, distinguished by type and brand, as well as a wide selection of complementary eye care items. Although the products are at the heart of its business, what really sets this company apart is high quality customer service. Lenstore, indeed, has websites in several languages and is always attentive to consumer demands. Lenstore knows the importance that these products can have for customers, and for this reason it makes sure that shipping times are very short. 90% of orders are shipped the same day they are placed. This has allowed Lenstore to be rated as “excellent” on Trustpilot.

Today the brand is not only renowned all over the world, but it is also synonymous with quality and guarantee for its customers. 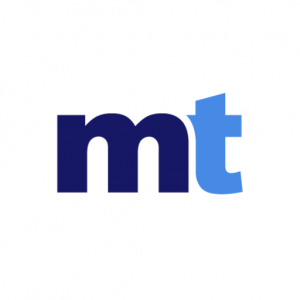 Follow us on our social media to get the latest updates!

We use cookies on our website to give you the most relevant experience by remembering your preferences and repeat visits. By clicking “Accept All”, you consent to the use of ALL the cookies. However, you may visit "Cookie Settings" to provide a controlled consent.
Cookie SettingsAccept All
Manage consent

This website uses cookies to improve your experience while you navigate through the website. Out of these, the cookies that are categorized as necessary are stored on your browser as they are essential for the working of basic functionalities of the website. We also use third-party cookies that help us analyze and understand how you use this website. These cookies will be stored in your browser only with your consent. You also have the option to opt-out of these cookies. But opting out of some of these cookies may affect your browsing experience.
Necessary Always Enabled
Necessary cookies are absolutely essential for the website to function properly. This category only includes cookies that ensures basic functionalities and security features of the website. These cookies do not store any personal information.
Non-necessary
Any cookies that may not be particularly necessary for the website to function and is used specifically to collect user personal data via analytics, ads, other embedded contents are termed as non-necessary cookies. It is mandatory to procure user consent prior to running these cookies on your website.
SAVE & ACCEPT